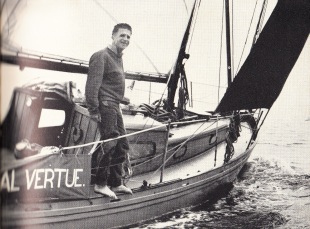 Cardinal Vertue probably has the most distinguished sailing history of any Vertue.  Built in 1947 by Elkins boatyard, Christchurch, she had Oak frames with Mahogany planks.  David Lewis, a New Zealand Medical Doctor who had recently moved to England, sailed her singlehanded to Stavanger in Norway and back in 1959 to qualify himself as an entrant for the first  Transatlantic Race in  1960.   Lewis’ book, The Ship Would Not Travel Due West, tells of the race, in which he competed against Francis Chichester, Blondie Hasler, Val Howells, and Jean Lacombe.  David sailed her to New York for the race, coming third (First and Second places going to Chichester and Hasler); and he then returned via the stormy North Atlantic route to Shetland. 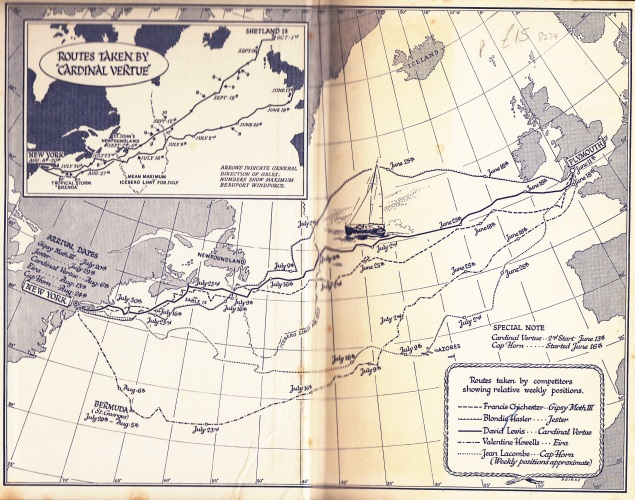 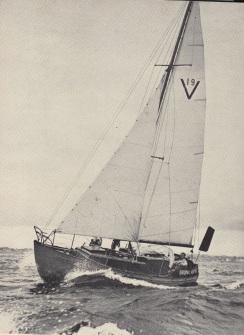 Cardinal Vertue was then sold to another remarkable man, Bill Nance, from Australia.  The following is from the Cheoy Lee Association web site: “Nance is a modest man who shuns publicity and it is likely that many of his achievements will remain unknown, but we do know that in 1963 he left Brixham on the first leg of his circumnavigation and reached San Fernando in Argentina in 61 days.   His next leg was to Capetown and then on to Melbourne.  The Capetown-to-Mellbourne voyage proved to be as tough as he had feared, and with 2,000 miles to go he lost his mast off St. Pauls Island.  He made Freemantle under jury rig, and carried out repairs before sailing on to Auckland.  Here Cardinal Vertue was refitted before the last leg of her circumnavigation to Buenos Aires via Cape Horn.  It was on his this leg that Nance gained the considerable distinction of holding the singlehanded speed record for a long passage: 122 miles per day for 53 days.  (It was taken from him by Sir Francis Chichester in the very much bigger Gypsy Moth IV during his circumnavigation, when he established 131 miles per day for 107 days and 130 for 119 days.)  At that time Cardinal Vertue was also the smallest yacht to have rounded Cape Horn”.